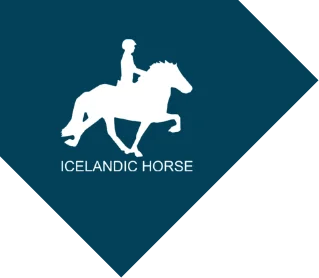 I bought Seifur directly from his breeder in Iceland when he was 5 years old. He was broken in at the time, not much ridden though.He is an extremely laid back horse, if any horse can be called bombproof it’s Seifur. He is of average to a bit more in temperament, very easy to ride in all the five gaits even for people who have never ridden an Icelandic horse before. He would also be very suitable for a child/young rider provided they can ride as he is no toy and light on the leg and seat.Over the past 6 years I have slowly brought him on to the level he is now. We started in V5 and T7 and he became Dutch champion in those tests. Then we progressed to F2, in which he became Dutch champion, the last two years we competed in F1 and we started PP1. This year he became Dutch champion in PP1. This year we tried our first P3 and he became Dutch champion in this at his first try ever. We have also started T4 and he scored 6.3 at his first test as he is great at tölting on a loose rein. The pace took a while to get steady but now he is easy to get into pace and steady as a rock while pacing. The walk has always been very good, he scored up to 7.5 for that. The trot has become better and better with power and is now a solid 6 to 6.5. the tölt is his preferred gait. In a free tempo it’s really good, slow tölt is a bit more challenging. The canter is the least good gait, 5.5 to 6.In the past we have also done dressage, cross country, agility and jumping. He does it all although he is not a great jumper. He even went on a foxhunt once. Seifur is an enormously versatile horseThe whole journey with him has been a great pleasure but I think I cannot do much more with him then I do now and that’s why I have decided to sell him and start with a young horse again. I love to train young horses up to their potential. I love that much more than competing.Seifur’s best scores are 6.2 in F1, 6.04 in PP1 and 6.3 in T4I think that being so versatile and so nice to handle he would make an excellent horse for a youth or young rider who could ride him in any test they want, he would also be most suitable as a luxury riding horse, A Ferrari for nice sunny days.In the past 6 years Seifur has had no problems with his health. He is a very loose limbed horse with rock solid legs. He does have sweet itch, but I keep him 24/7 on grass in a rug and hoody and he is fine that way. Pricerange F